EPISODE 8: Mental Health and Suicide: The Face Behind Suicide/Who is Suicide pt.1

We are nonprofit that connect people to professional resources

Newsletter – Get the latest in stories, resources and support in your inbox monthly!

The Help Show’s Founder, NiEtta Reynolds interviews psychotherapist, lawyer, writer, and Episcopal priest, Ryan Waller about the “s” word – suicide. Listen in as they discuss why suicide is one of the leading causes of death in America, the importance of taking people seriously when they talk about harming themselves, and why depression is a symptom that can lead to suicide. If you or someone you know is dealing with thoughts of self-harm, you’ll want to tune in as Ryan breaks down the WHO, WHAT and WHY of suicide.

Then stay tuned in to the second half of The Help Show as NiEtta shifts gears and interviews Tammy Finney. Tammy is a super-survivor. After battling years of drug use and addiction, Tammy gave up the battle and attempted suicide. Listen in as Tammy opens up about what drove her to the act – from her father’s role in her decision, from grappling with her own dark feelings, to a family secret that ate at her from the inside out. Find out what changed Tammy’s path and why she is truly a survivor of this harsh epidemic called suicide.

More from this show 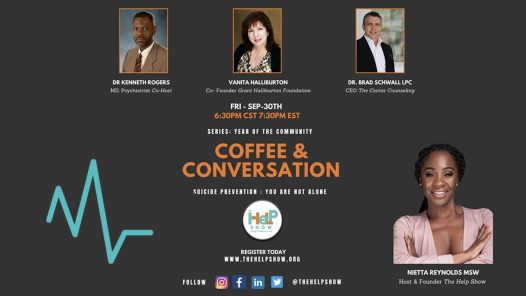 Episode 99-COFFEE AND CONVERSATION – Suicide Prevention :You Are Not Alone

September is suicide prevention month, and as the number of people affected by the pandemic... 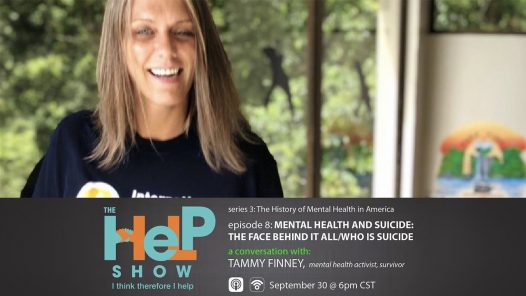 Episode 8 Mental Health and Suicide: The Face Behind It All/Who is Suicide pt 2

Newsletter – Get the latest in stories, resources and support in your inbox monthly!

EPISODE 8: Mental Health and Suicide: The Face Behind Suicide/Who is Suicide pt.1